The previous Wonderlust (soundboard) CD unfortunately, on playing, sounded like Howard was singing through mud and I think the original tape source that the show was taken from was damaged sadly as it sounded like a great gig.

This version in the same cover is from the fabulous Live show they did at Glasgow Tiffanys in Scotland 29th April 1980. 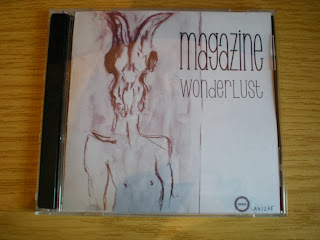 (Intro)
Feed The Enemy
Stuck
I'm A Party
Permafrost
The Light Pours Out Of Me
Because You're Frightened
You Never Knew Me
Sweetheart Contract
Shot By Both Sides
I Want To Burn Again
A Song From Under The Floorboards
Model Worker
Twenty Years Ago
Definitive Gaze
Posted by Gary M Hough at 10:24