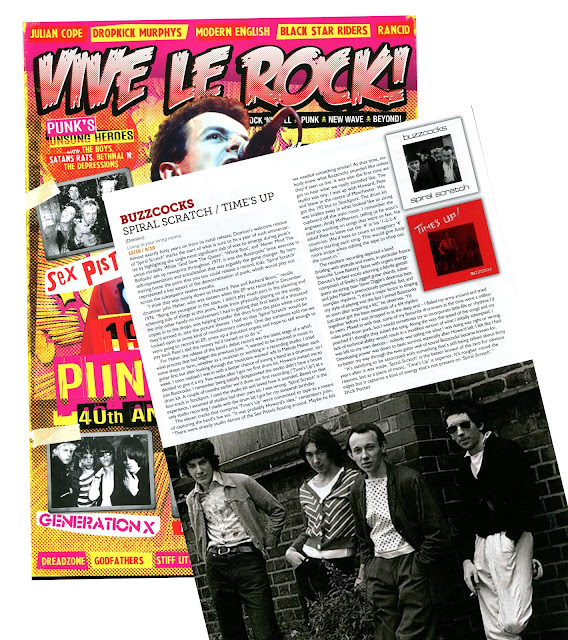 Look, just buy it will you its fab.

Great interview (despite spelling mistakes)published today at the Quietus website HERE where Patrick Clarke talks to Buzzcocks personnel Pete Shelley and Steve Diggle along with Buzzcocks manager, Richard Boon about the unintentional genius of their landmark debut. 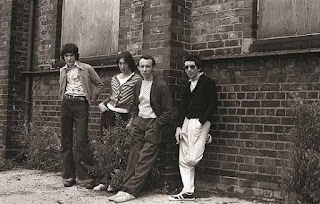 Photograph by; Phil Mason
Posted by Gary M Hough at 05:19 No comments: 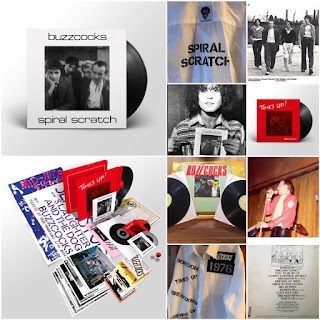 For me personally this was the defining Punk Rock Record of the genre.  Punk Rock Do It Yourself, literally.

Nothing better before, during or after.  This record put Manchester and Punk Rock on the world stage. 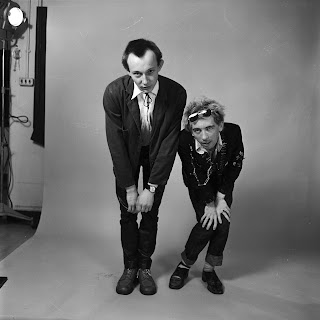 Cracking Photo of Buzzcocks Howard Devoto and Pete Shelley 1976.
I think this is one of Kevin Cummins Photographs. 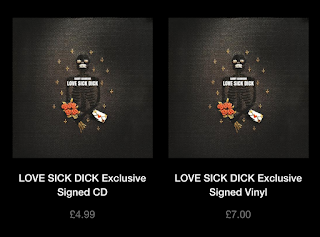 New Six Track Special EP Love Sick Dick is released on the 14th of April.  To get yourselves a signed copy CD and or Vinyl pre order here: LoveSickDick

Spiral Scratch in the Mirror

Spiral Scratch in the Daily Mirror. 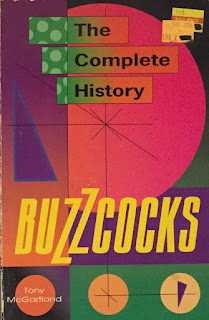 Back in 1995 I bought a great book, "Buzzcocks - The Complete History" (See image above)written by its author Tony McGartland.
The book was as definitive a history of Buzzcocks that had ever been published up to that point and really was a wealth of information on the band.

Well it's been a while since that book was published and a few things have happened with the band since then, so who better to bring us all up to date than, guess who?   Yes, Tony McGartland the author of the first book has only gone and done it again, and boy has he updated us on Buzzcocks progression since he first published his original. 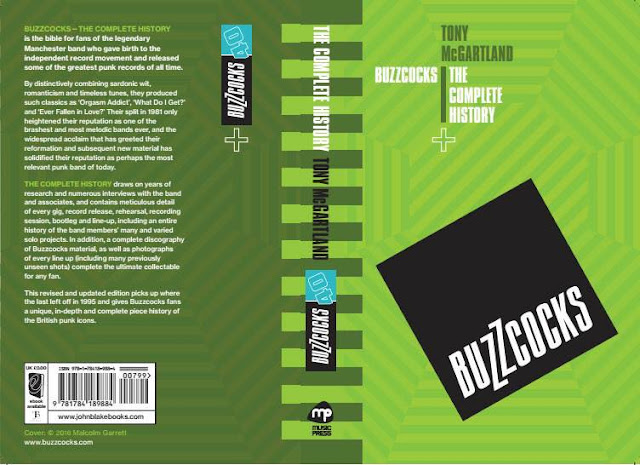 My order is in and I can't wait to see/read it.

Are You Feeling Jittery? Calm Yourself. Buy the latest "UNCUT" Magazine Now.


Hey up cockers have you heard?  The latest UNCUT Magazine, the March 2017 Edition is out now and what's more it only has x3 YES 3, double page spreads.  If that wasn't enough there's a great "Times Up" review in it too.

Well go on, what are you waiting for?

Get down to your trendy newsagents now and buy it before it sells out to people like me. 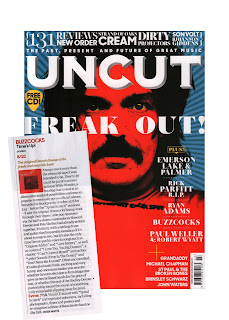 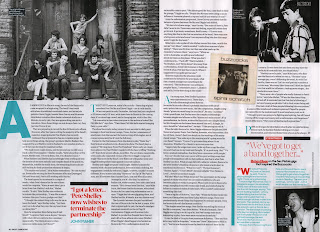 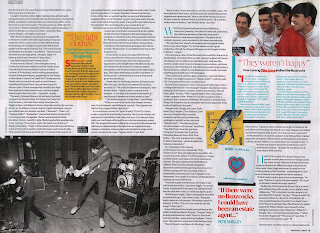 Found a great original USA Press Kit  from 1979 for sale recently, just arrived today.  Cover of folder a bit marked but otherwise its in great condition. 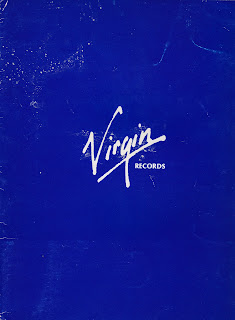 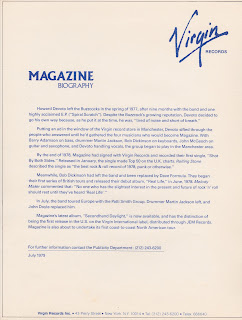 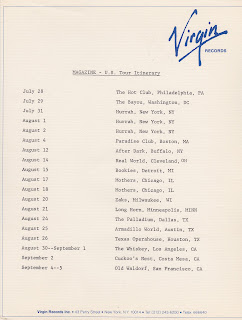 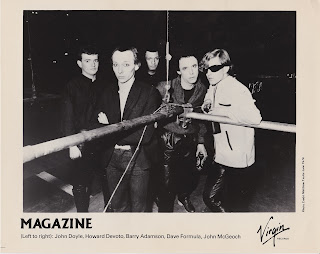 Big fan of Punk Rock Posters and bought a few things from them.

Highly recommended.
Posted by Gary M Hough at 04:19 No comments:

Do you live your life through social media like the rest of us?

If you want to hang out with the cool people online that share your love for all things Howard Devoto, Magazine, Buzzcocks then you need look no further than the following Social Media outlets; 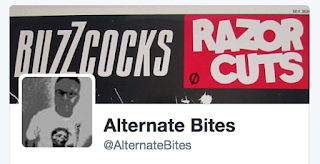 Buzzcocks in the Guardian - What's the world coming to?

I already told you this, but in case you missed it.

You can read the full story HERE. 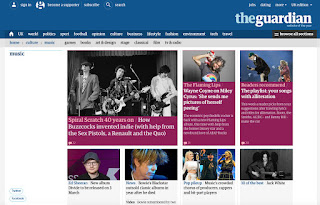 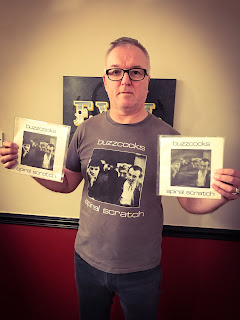 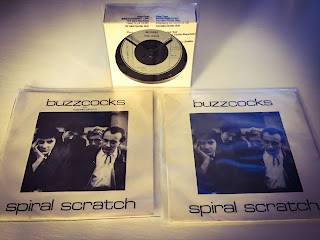 So there's a real Buzz (Pardon the pun) around the place.  Is it really 40 years ago that I walked into Virgin Records in Manchester Lever Street, and bought one of the initial 25 copies of the first run of 1000 Spiral Scratch E.P's that the store had taken.

Yes it was and I was surprised to note this in the article here on the Guardian online.
I used to frequent this record shop in Manchester and Derek Guest records in Bolton regularly back in 1976, Derek guests I bought a copy of Spiral Scratch from too but I can still remember Virgin selling these on their counter top in a cardboard box, they did this for a few bands.

And boy did I not realise way back then how much money I'd end up spending on this band collecting, watching them gig for the next 40 years not to mention Magazine, solo works from various band members etc.

Even aged 13 when Punk kicked off I was savvy enough to go and hang out in these stores, student unions and tech refectory's at Bolton Technical College, BIT etc.

I used to go to the local YMCA on Deansgate in Bolton just around the corner from the then BIT where Pete and Howard attended with some of the then older punks who took a shine to me as 'that kid.'

It's what got me into seeing some of the most amazing gigs at such a young age some of which have since become legendary. I'm one of the few if not the only one that saw the inaugural Pistols gig that never went on to form a band afterwards :-)

It was Bolton BIT that I saw Buzzcocks get thrown out near enough for being not so Heavy Rock as most Bolton bands were back then,a thriving rock community Punk was not ready for Bolton at that time though it was a not that long after.

I still have my two copies of Spiral Scratch to this day (see pics) and a novelty Spiral clock made from one of the original 2nd issue singles (Destroyed and turned into a clock) disgraceful act of wanton vandalism :-)  Good job I rescued it from a Manchester Market.

There have been some suggestions on Facebook that the release of the Buzzcocks 40 year anniversary items might be a scam and that the URL for payment when ordering your items re-directs the payer to their bank. Well yes it will, that's normal practice when verifying payment details for some merchants.

Please be assured that these releases are legitimate and not a scam, Domino Recording Company (Dominomart) is a genuine company and YES the box set priced at £50 is terrific value for money given the contents contained within it.


Oh and for the record I'm not connected in any official capacity to any individual member of any of the bands or their agents, management etc. I'm merely posting PR for these releases to help them out in getting the items in front of as many fans of Howard Devoto and Buzzcocks as possible, and I am more than happy to do that and support or help any of them through my interests as a longstanding fan of the band.

I don't expect nor ask for anything in return either. I'm just chuffed to bits they think I can add some support in whatever way I can.

Don't Panic - "Spiral Scratch" E.P. will be in all good record outlets from 27th of January. 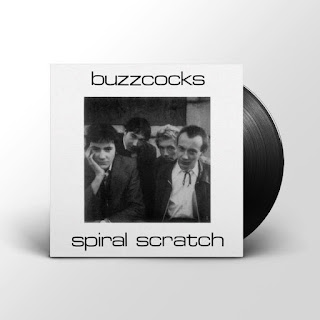 Just been advised that the initial run of 300 Spiral Scratch E.P. due for release on the 27th of January is not limited to only 300.

There will in fact be more than 300 copies available and these will be in the shops and outlets where you can buy records etc. from January the 27th onwards.

Domino Mart were only selling 300 with the repro 1977 press release along with the Mk,1 Box.

The box is ONLY available to buy via Domino Mart, Here.

Another great review of Spiral Scratch/Times Up releases

Here's a great review of the recently announced releases of 'Spiral Scratch' and 'Times Up' issued by Domino Records.

Have you ordered yours yet, hurry up because the Spiral Scratch E.P. Limited to only 300 copies is already out of stock.

The box set you can still get with one in it.

It's the Buzz, Cock - Spiral Scratch & Times Up Limited Edition Releases. Well, What Are You waiting For? Order Now and Be Quick About It.

As you will undoubtedly know, 40 years ago Howard uttered his first utterings : “If I seem a little jittery I can’t restrain myself”. It was ever thus.

Those ’Spiral Scratch’ utterings are now being lovingly re-released through the Domino Record Company, along with the nascent ’Time’s Up’ demo recordings.


1. Spiral Scratch : http://smarturl.it/SpiralScratch40
Release date : Friday January 27th.
As close as we could get with modern scheduling to the original January 29th date of issue.

Available formats : 7” vinyl with replica sleeve & digital download, plus a limited edition initial run of 300 7” vinyl with the original press release as an insert.


The Buzzcocks (Mk.1) Box is only available through the Domino Mart online shopping service.


In the words of Tommy Trinder, ‘You lucky, lucky people”… 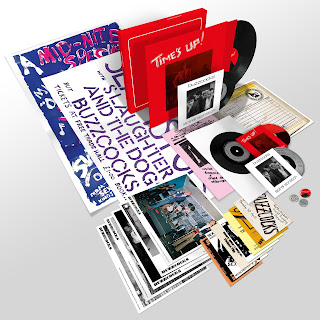 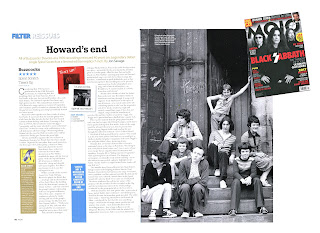 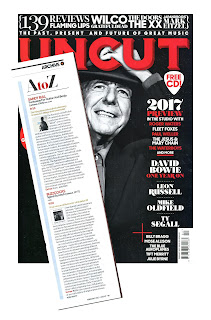 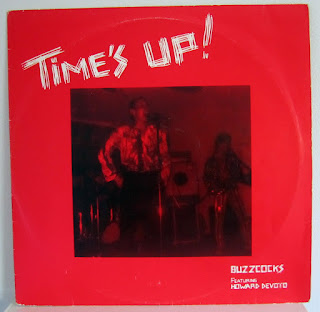 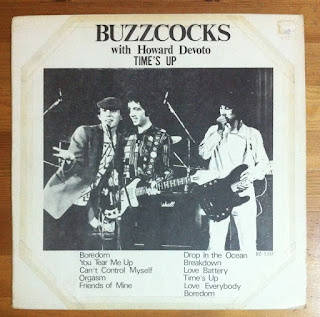 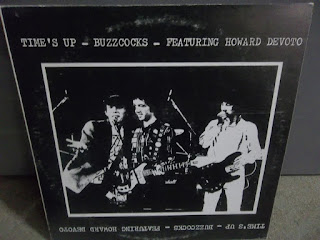 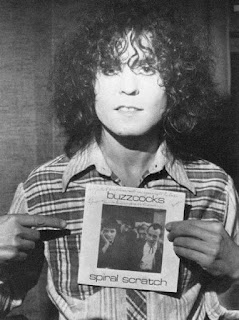 Always on the lookout for Magazine items I was shocked to find this Virgin Records Press Kit up for sale recently. With only three days left to go in the auction and no bids I watched and waited and then decided not to wait nervously but use the buy now option managing to get it.

As I type it has not arrived in my possession yet so for now I only have the seller's photo's.

Once I get it I'll do some better scans and upload. 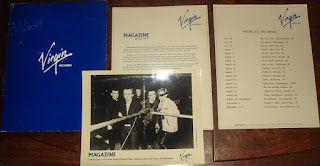 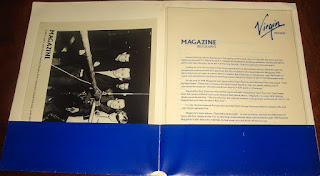 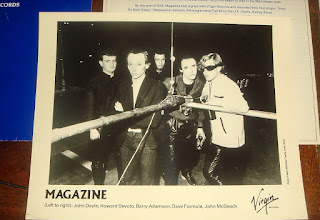 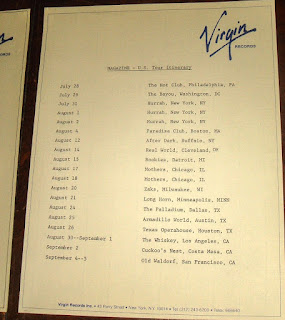